Home » League of Legends » Don’t Let It End Like This! 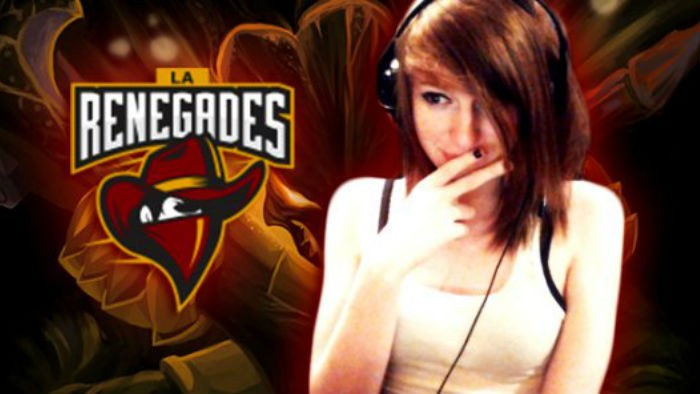 Recently, the League of Legends world has been rocked by what is truly an historic event– The LCS has welcomed its first ever female Pro in the form of Maria Creveling, aka Remilia!. That’s right, the LCS is no longer a “boy’s club,” and the response has pretty much been what you would expect. As in, people are being sexist, disrespectful jerks! Granted, not everyone is acting like a child, some people, myself included, welcome and congratulate her in her accomplishment. Its also true that some of these insults being flung at her simply come with the territory and the general nature of a competitive setting. Trash talk has always had its place in competition, even though no one likes to admit it. Still, Remilia seems to be taking a fair bit more abuse than normal, and it seems to be taking its tole, as seen in this article from engadget…

Now, Remilia is considering her options within League of Legends and elsewhere. She’s dealt with the harassment that seems to come standard for women playing video games, though it’s often exacerbated because of the public nature of the Challenger Series. Among the support she receives, people also levy cruel and gender-based insults at her in forums and on social media, and she’s had to deal with invasive questions about her personal life. Still, she had a goal — prove that women can compete professionally in League of Legends.

“The competition doesn’t mean much to me,” she writes. “I don’t care to be the best in the world. I love playing with a team and accomplishing stuff and being recognized for it. When I set out initially, I wanted to be the first girl in LCS. That was what motivated me. That dream I had I accomplished and yet it is being challenged in such a heartless way.”

So here we are. After all of this, and coming so far, she may just quit before she ever even played her first official pro game! I hope she doesn’t! I really do hope she’s able to rise above the nonsense and prove herself, if only to shove it in the faces of those who shunned her! I honestly don’t get why her being a girl has any real impact on anyone. In the game, all you ever see is the avatar. No one ever looks down on someone for picking a female character, so WHY should it ever matter, the gender of the one clicking the mouse? A good player is a good player. That’s it! That’s all that should ever matter. And Remilia more than proved herself in that regard. At the end of the day, she has to do what she has to do. If she wants to continue on, great. If she wants to quit, more power to her. Either way, and whatever her choice, I wish her luck in the future. Its just a shame that after coming this far, it could all end like this. Don’t let your accomplishment be for nothing! I say fight the haters and show em all what you’re made of!